The Kind of People Who Buy Yoder’s

Chris did his research and that lead him to Yoder Smokers. 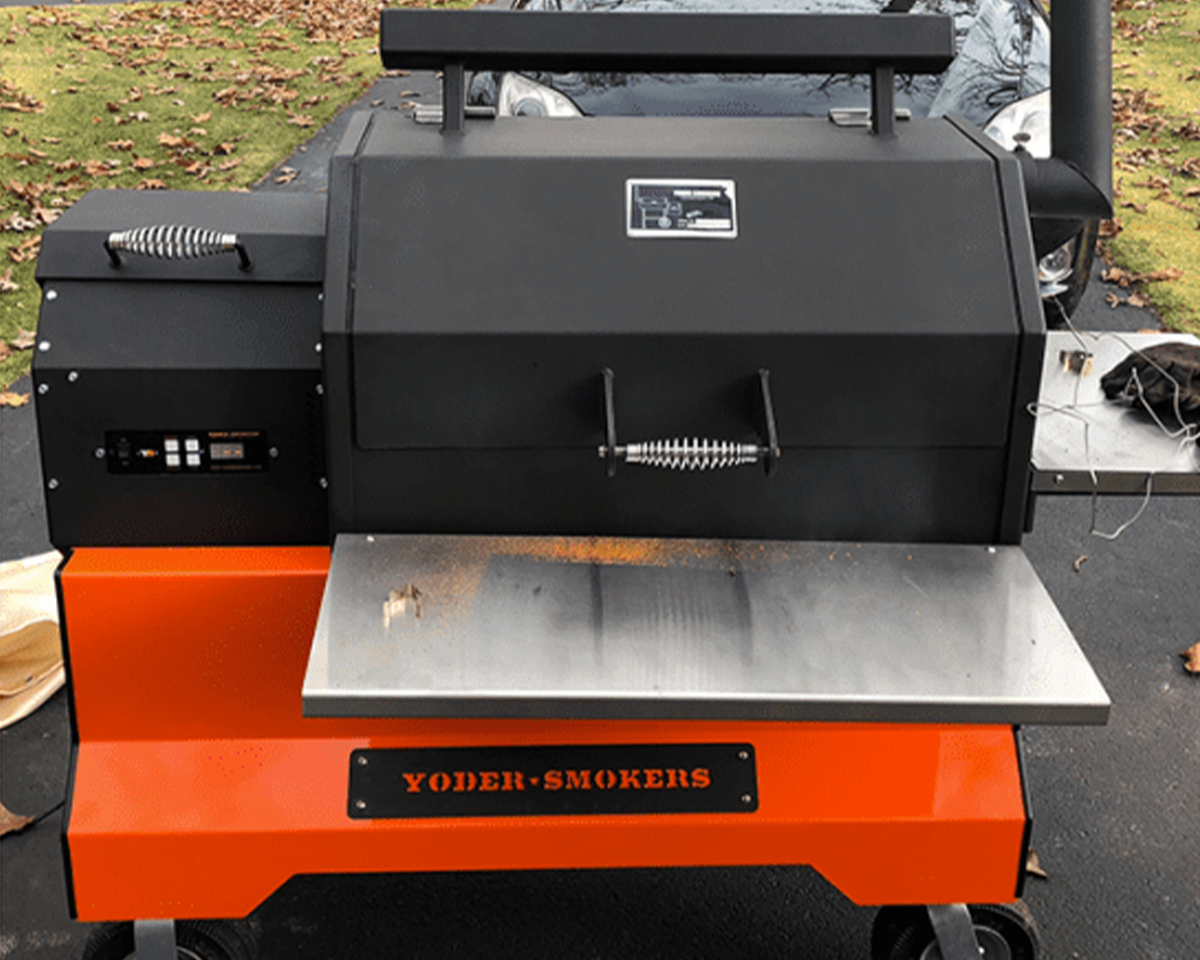 A couple of months ago Chris Kossman was looking for a top of the line pellet grill. He had owned three previously and while they all worked okay, they were flimsy and didn’t hold the heat very well.  Chris did his research and that lead him to Yoder Smokers.

As luck would have it, Chris located a gentleman who was moving to Germany and needed to sell his Yoder Smoker.  It was a long drive through Pennsylvania, where Chris lives, but it was a deal that Chris just couldn’t pass up.  So he rented a trailer and started the journey.  About 3 hours into the trip he was rear ended. The car was severely damaged although no one was seriously injured.

The problem remained: how to pick up the Yoder Smoker.

The gentleman selling the Yoder stepped in to help, holding the pellet grill until Chris could arrange shipping.  Then, as an added thank you, the seller shipped Chris a 40lb bag of pellets for all the trouble.

“That’s the kind of people that buy Yoders,” said Chris, which made him even more excited about owning an YS640 pellet grill with the signature orange competition cart.

With the cold weather in Pennsylvania, Chris has been running his pellet grill about twice a week including during -4 degree weather.  His best cook so far has been some pork butts and chicken cooked for his daughter’s first birthday party.  He says his Thanksgiving turkey was the best turkey to date.

When asked for his secrets for grilling on a Yoder Smoker Chris says, “Trust the cooker. Don’t overthink the process, and don’t get too caught up on exact temperatures.” Chris also recommends a thermal jacket to stop heat loss in cold weather.

Chris is so excited about cooking with the Yoder Smoker pellet grill that he’s recently started competing in backyard BBQ competitions.  “I’m still very much an amateur, but I want top of the line equipment so that my cooking skills are the only thing I need to worry about,” says Chris.

On a final note, Chris says that if you’re thinking of getting into pellet grills, Yoder Smokers is the way to go. “It’s a great way to cook some amazing meals without having to babysit your food, or wake up every hour to tend a fire.”

So what are you waiting for? Get a Yoder and get cooking! 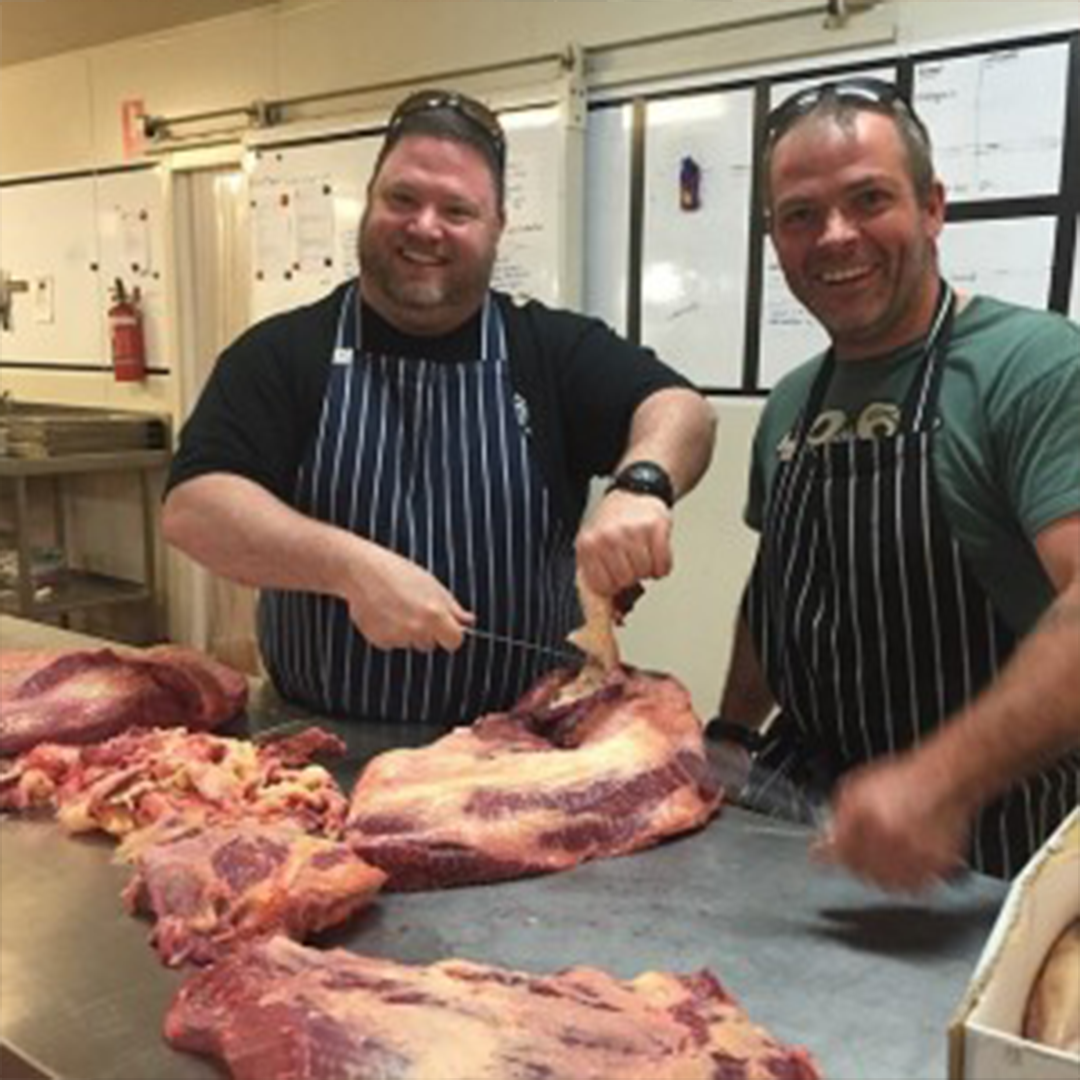 One of the most recognizable ambassadors of Yoder Smokers is Smoke on Wheels BBQ‘s pitmaster Andy Groneman. He’s been cooking… 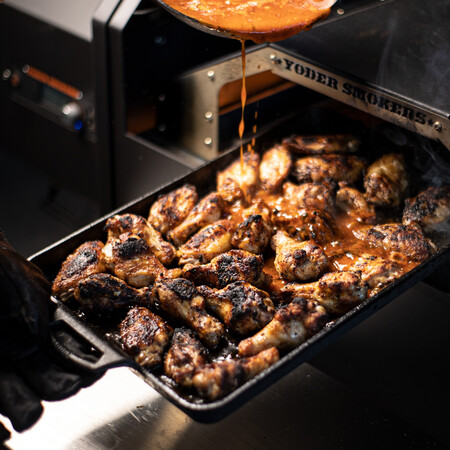 The Yoder Smokers Wood-Fired Oven has quickly become one of our customer’s favorite accessories for the YS480 and YS640, turning out restaurant-quality pizzas in a matter of minutes. 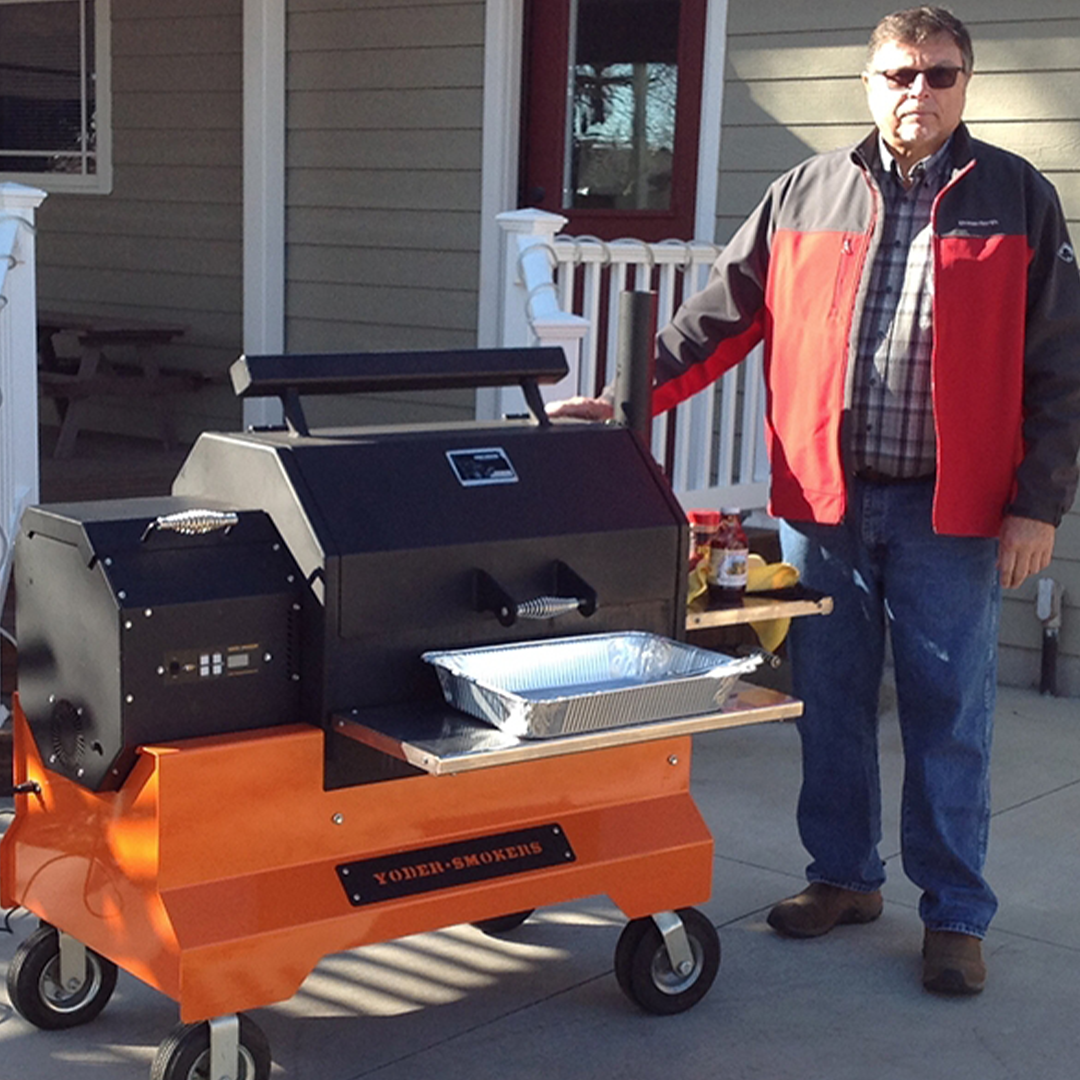 Marlin Unruh is a friend to everyone he meets.   He loves sharing food with friends and having great BBQ is…