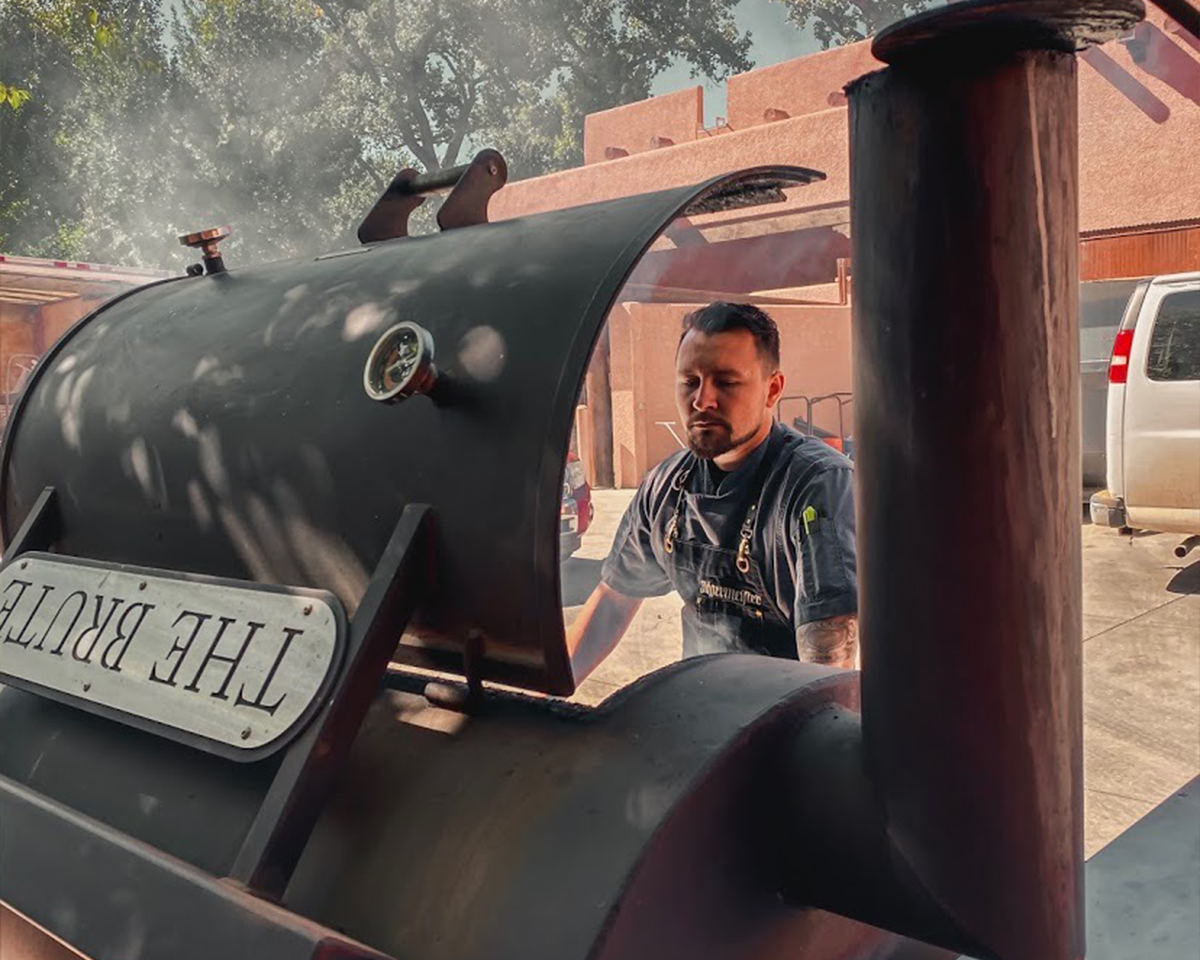 Coming face-to-face with “The Brute,” Russell Klase was a little intimidated.

The chef had some experience cooking on Yoder Smokers pits, but he hadn’t come across anything like the pure-steel, one-ton behemoth before him. Knowing it was his job to tame “The Brute,” Russell felt an equal mix of fear and excitement.

“The Brute” is a custom Yoder Smokers trailer built in 2015 for the remote Gateway Canyons Resort & Spa on Colorado’s Western Slope. Featuring a 30” offset smoker and flat top charcoal grill, the trailer offers more than 3,000 square inches of cooking space along with storage space and food prep surface.

“The Brute” had never been used regularly, and by the time Russell took over as Chef de Cuisine at Gateway Canyons this past March, it had sat completely unused for more than two years. He knew its potential, though, and had the skills to bring it to life.

Russell’s pitmaster career kicked off in his early teens at a barbecue restaurant in Castle Rock, CO, where he grew up. He would go in at 4:30 a.m. to load the restaurant’s six-foot long rotating smoker before school and then return after class let out. With a knack for bbq and kitchen management, he was soon promoted to a supervisor role.

More than a decade later, 28-year-old Russell has worked with nearly every style of grill and smoker on the market – even building some himself – and has racked up two culinary degrees along with experience running kitchens for elite Denver-area bbq eateries. He’s always wanted to live on Colorado’s Western Slope, so when he was offered the job at Gateway Canyons earlier this year, he jumped at the chance.

It didn’t take long for Russell to master The Brute. He began developing menu items around succulent meats coming off the rig, and now an entire section of Gateway Canyon’s menu is dedicated to “smokehouse” selections. The trailer is fired up three to four times a week and gaining respect among patrons.

“In my opinion nothing compares to a Yoder,” Russell said. “Especially this rig I’ve been cooking on currently. It is one of the most user-friendly smokers I’ve used. When it comes to maintaining temperature, achieving proper smoke levels, flavor incorporation, I couldn’t be happier.”

Customers and staff are impressed.

“I’ve been getting great feedback,” Russell said. “I would say that my briskets have been coming out exceptional. And I love to do ribs. I play around with lots of different techniques. They’re all fall-off-the-bone and delicious.”

It’s not just the food. The Yoder lends flavor to the resort’s ranch atmosphere.

“We’re in the middle of 6,000 acres of protected land,” he said. “It will never be touched. It’s the middle of cattle country. I start the smoker up, have it running and the smell wafts over the property.”

It took a passionate pitmaster with a love of barbecue to bring a neglected Yoder Smokers trailer to life.

“When it comes to cooking, you need love,” Russell said, “and if I had to pick a cuisine where that’s even more true, it would be barbecue. Barbecue really requires your chef to have love for it. You literally have to get in there prep with passion. You definitely have to have the desire and love for barbecue to achieve good barbecue.”

Check out Russell’s recipe for tender, juicy Apricot Chicken off The Brute. 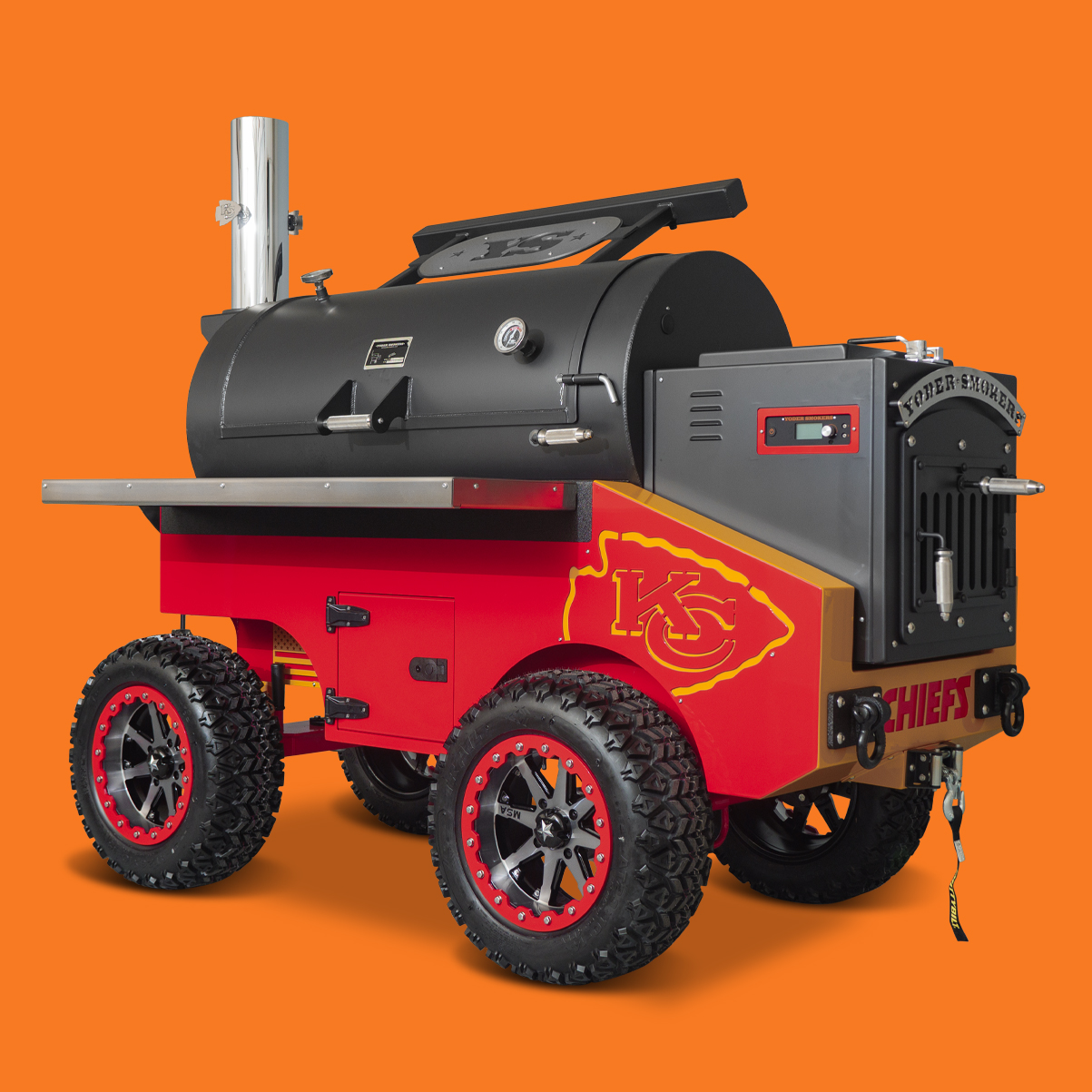 Chiefs Kingdom. More than just a term thrown around during the football season — it’s real. And in the last… 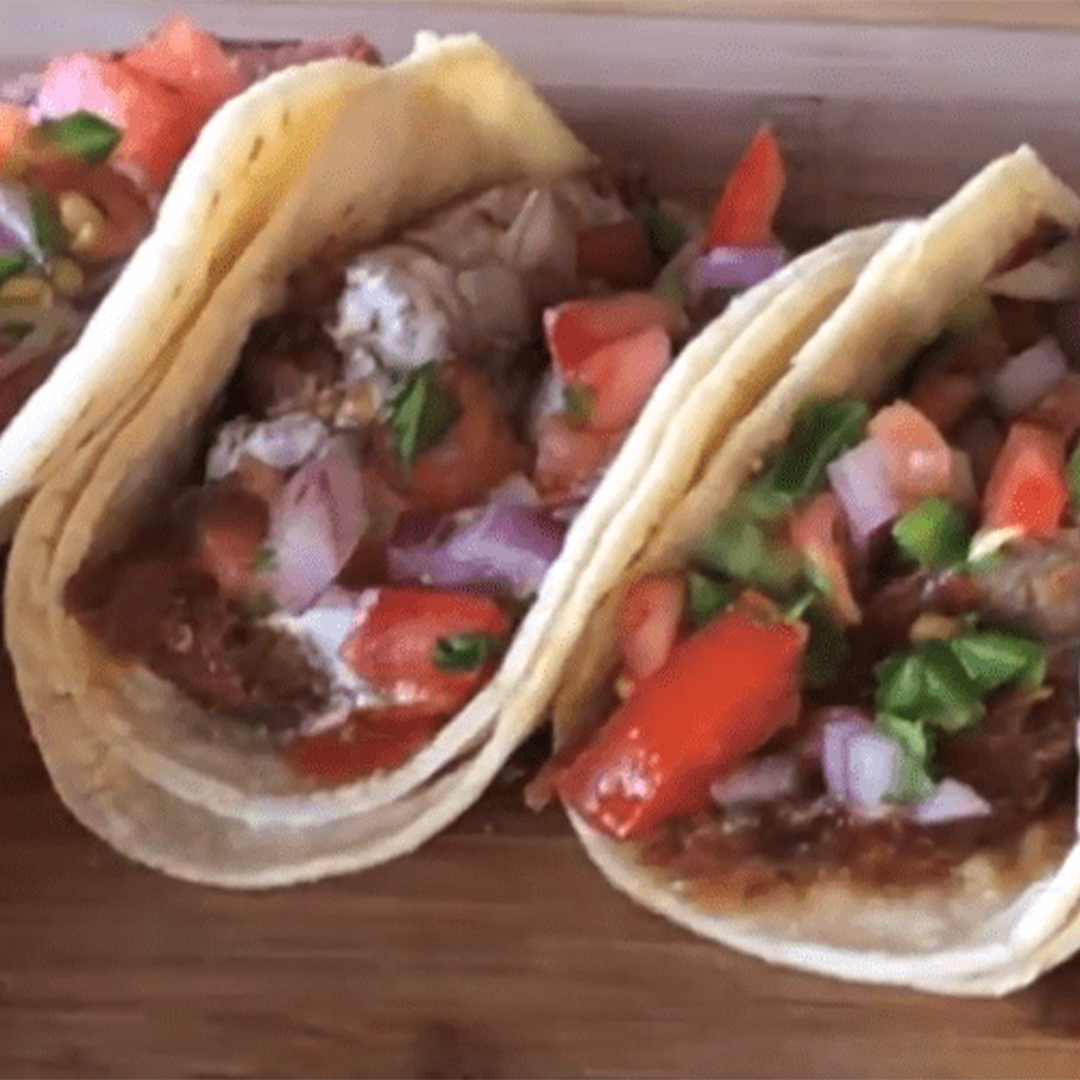 This recipe comes from Unhinged BBQ. These tacos are made with tri-tip beef and garnished with home made guacamole sauce.… 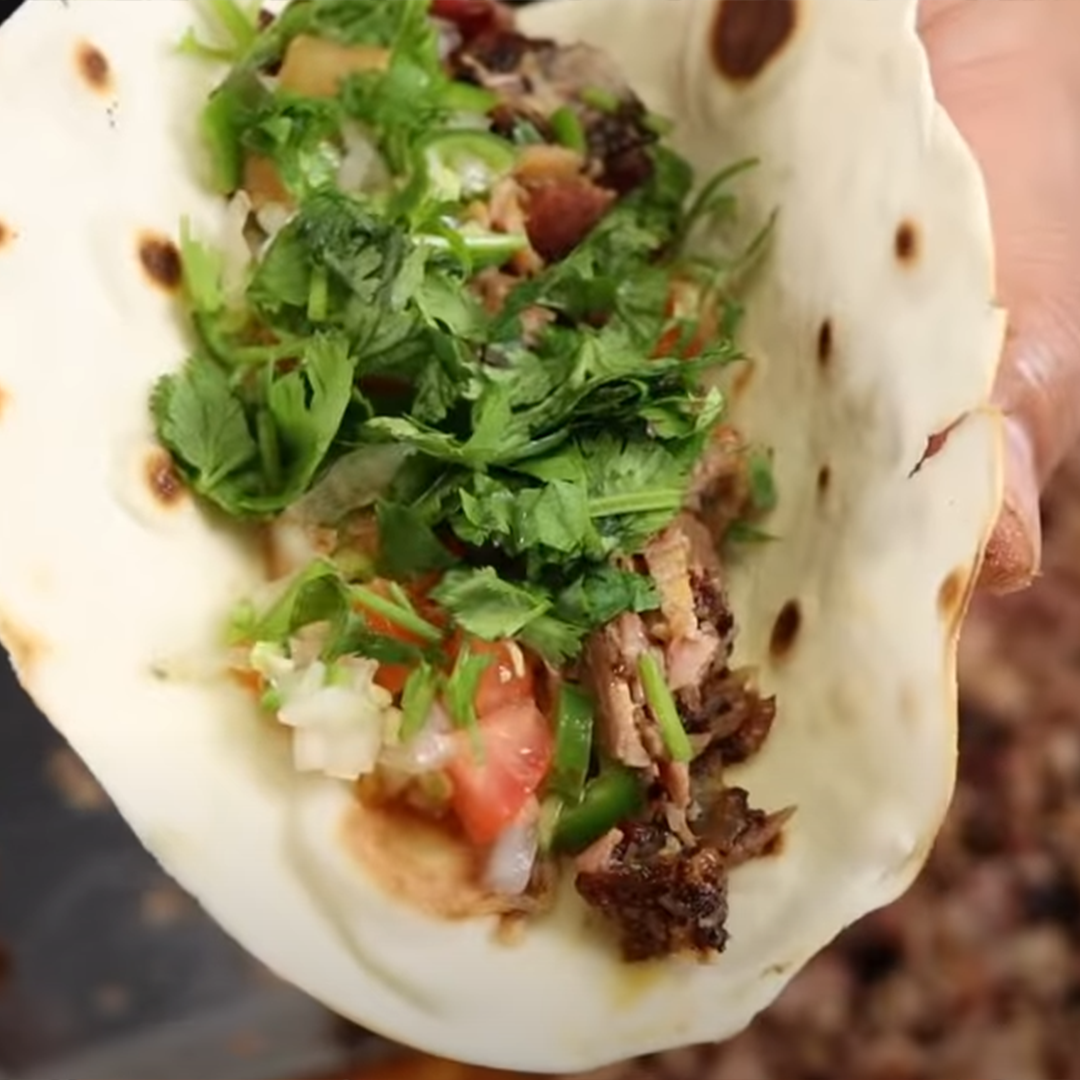 There is never a bad time for tacos. Never! We’re taking some of the classic breakfast burrito fillings and preparing…

1 thought on “My Yoder Story”